Skip to content
Agency and Its Relation to Ratification 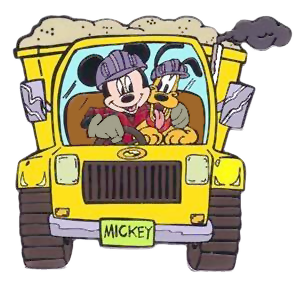 When discussing agency, you may have to discuss ratification. Here is a skeleton outline. Then a sample is presented.

a. Express
b. Implied.

Let’s look at an actual example. This is from Question 4 of the February 2012 California Bar Exam. See Answer A. The relevant facts and the parts of the model answer will be presented in different format for emphasis.
http://vandrtours.com/juraxbar/wp-content/uploads/2016/04/February-2012-CBX.pdf

Testco, Inc. conducts market surveys, and is solely owned by Amy, Ben, and Carl. Each paid $50 for one-third of Testco’s no-par shares. Amy and Ben, respectively, are Testco’s president and secretary and its only two directors. Carl holds no office and is not involved in any aspect of Testco’s business.

A principal is liable on the contracts entered into by their agent on their behalf so long as  the agent has authority. Authority can come in three forms: actual authority, apparent authority, and ratification. [This is the rule.]

Actual authority is the authority that the agent reasonably believes that they have based upon the manifestations of the principal. Actual authority can be express or implied. [This is the rule.]

Express actual authority is the authority given from the four corners of the agency agreement. [This is the rule.]

Implied actual authority is the authority that the agent reasonably believes that they have based upon necessity in order to carry out their express authority, customs of the position held by the agent, and by prior dealings with the principal. [This is the rule.]

Here, Amy, as president of Testco, would likely have  implied actual authority to enter into the Examco contract by virtue of her position as president of the company. Presidents of corporation[s] customarily have the authority to enter into binding contracts with other companies. . . . [Analysis continues.] (Note: Assume that the discussion on actual authority is completed. The writer then moves on to apparent authority.)

Here, Examco can successfully argue that Amy had apparent authority do [sic] to her title of president of Testco. When they were entering into the contract they dealt directly with the president of the company. …. [The analysis continues.]

(Note: After discussing actual and apparent authority, the examinee then discusses ratification.)

Another form of authority is ratification. Ratification occurs where after the agent has entered into a contract, the principal has knowledge of it and accepts its benefits. [This is the rule.]

Here, when Amy told Ben about the contract, he told her to immediately revoke it. Thus there was no board resolution ratifying the contract with Examco and there will be no finding of authority based upon ratification. [This is the analysis.]

(Note: Why should you discuss ratification? The reason is because you want to have thorough discussions. Cover all the bases. If you can’t get the person through agency, see if there is another way to form an agreement. In this area of law there is. It is through ratification. Even if it does not apply, consider mentioning ratification. This informs the bar grader that you know the subject matter well.)